When I work with bash in general, I like creating scripts even for simple things. This is mostly because I tend to forget things but also in case I need something, either use the old script or look it up and create a new one.

In that way, when I started using tmux I had to write down some basic commands otherwise I would definitely forget them. But in the process something very useful came out.

So, I had this thing where I should fire up a number of services in order to have the main application up and running. I could do that with plain bash of course but I wanted to use tmux, in order to have the whole process under one session. Moreover, I wanted to utilize its panels so that I could have everything in one terminal window. Btw, I am using an Ubuntu terminal app (not Terminator or anything else that could create multiple windows/panels).

Long story short, creating a tmux session is as simple as that:

where -s defines the name of the session (this is also needed when we want to kill the session). and with -n is the session’s screen name.

Part 1b, kill the session

It would be much easier to say at this point that, whenever we want to kill a tmux session we can do this with the following command:

where -t is targeting the session we want to kill. With this command we kill all opened programs that are currently executing within our tmux session.

From here on we can split the screen vertically, horizontally and whatever combinations we can do. The first time we split the screen (either way) the first half will be 0 and the second 1.

The screen will be divided in half unless we say otherwise.

🏆 Note that: Despite it is a bit early to explain, use line

After the split-window command in order to see the result in the screen. Just make sure that the target argument -t points to your tmux session. 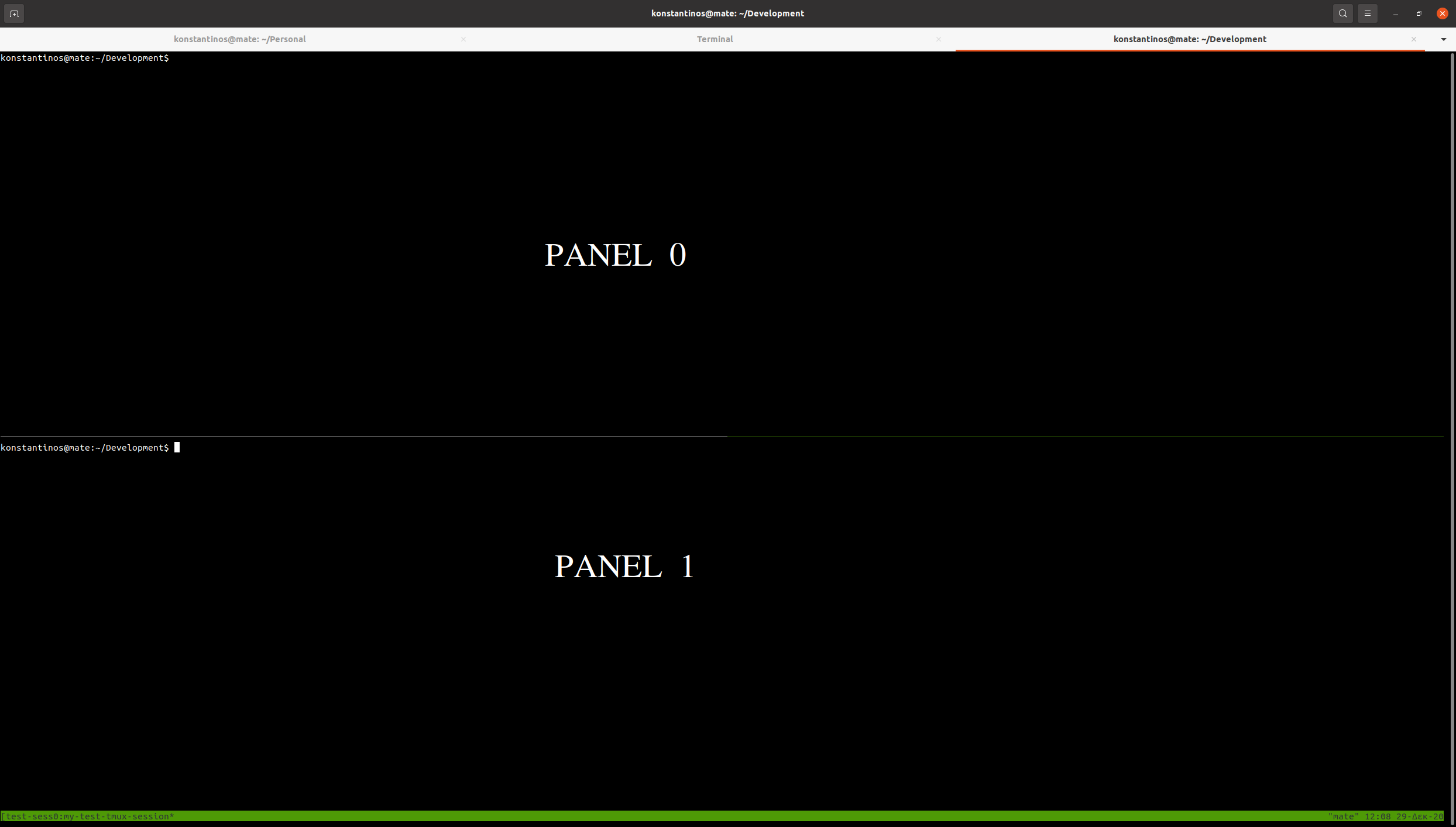 From here on, if we add another split, without defining which panel to split, it will automatically split the second one (panel 1): 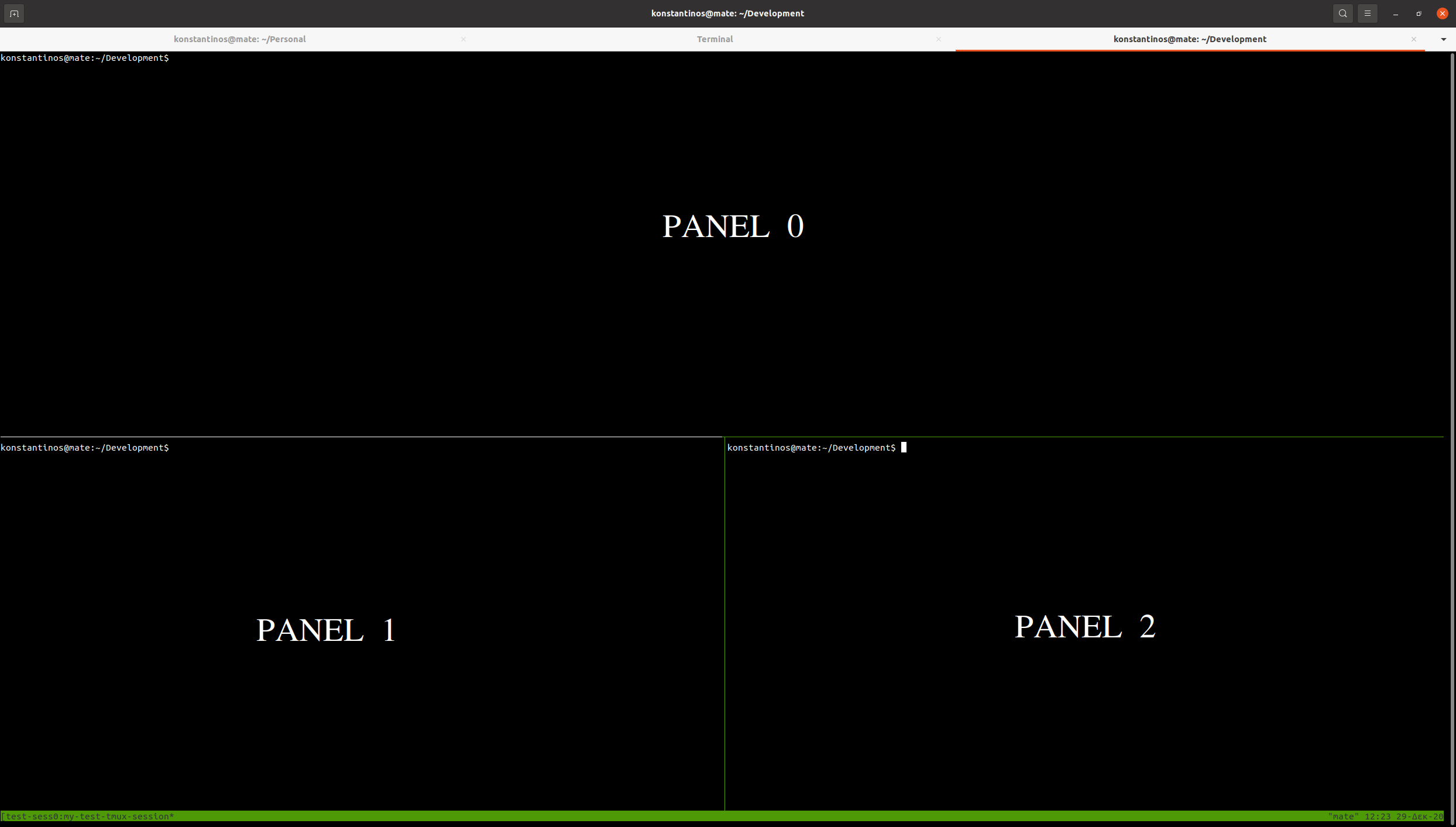 We can point out though which panel we want to split with the target argument: 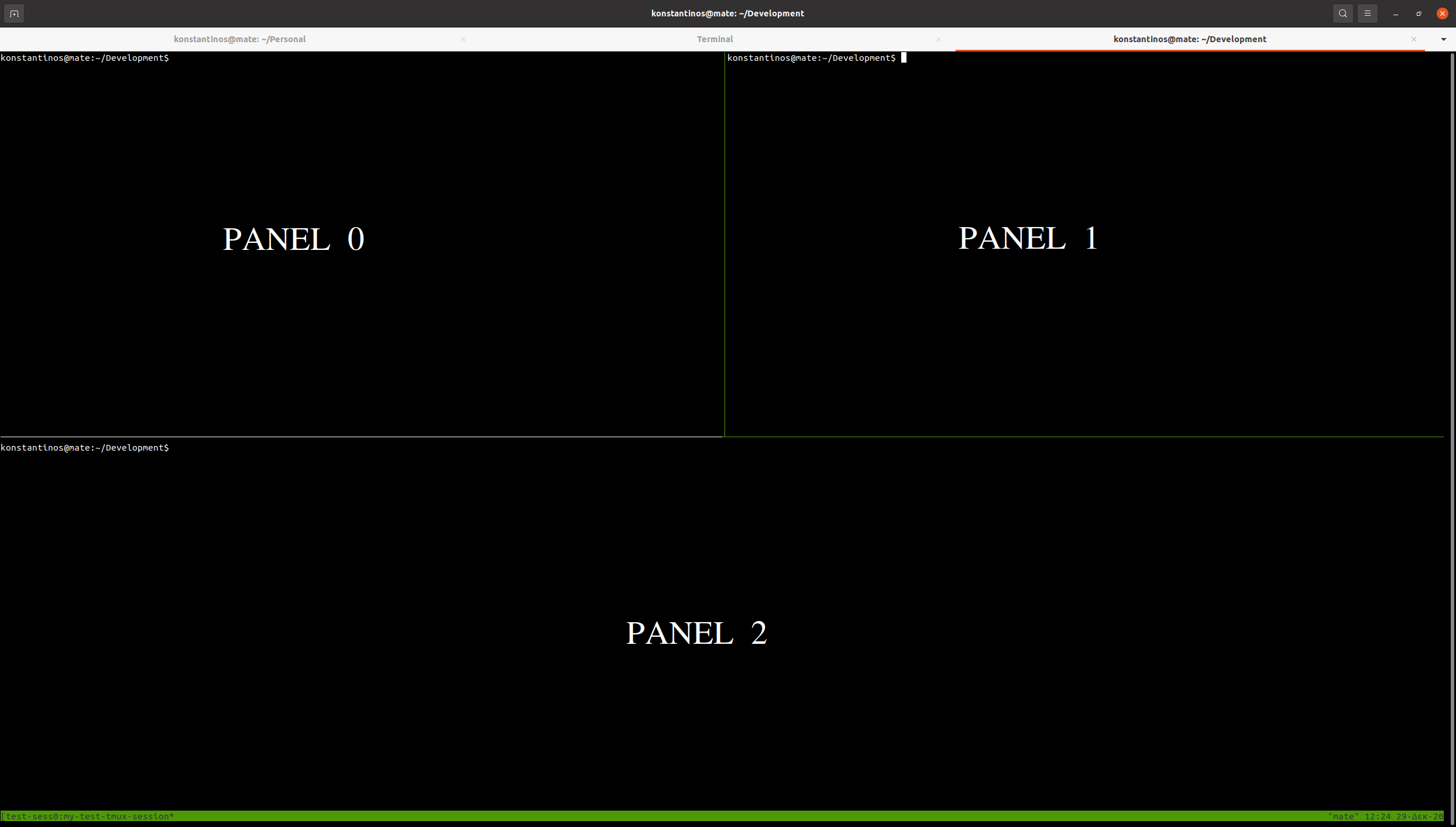 Executing commands in our panels

After we finalize our window separation, we can now tell tmux to execute something in each panel. Just remember the above and note what is each panel’s id to target.

As an example we will create 3 panels, one in the top half of the window and two at the lower half, splitting it in two horizontally. At thouse 3 panels we will run the following:

And do as follows:

And here is the result: 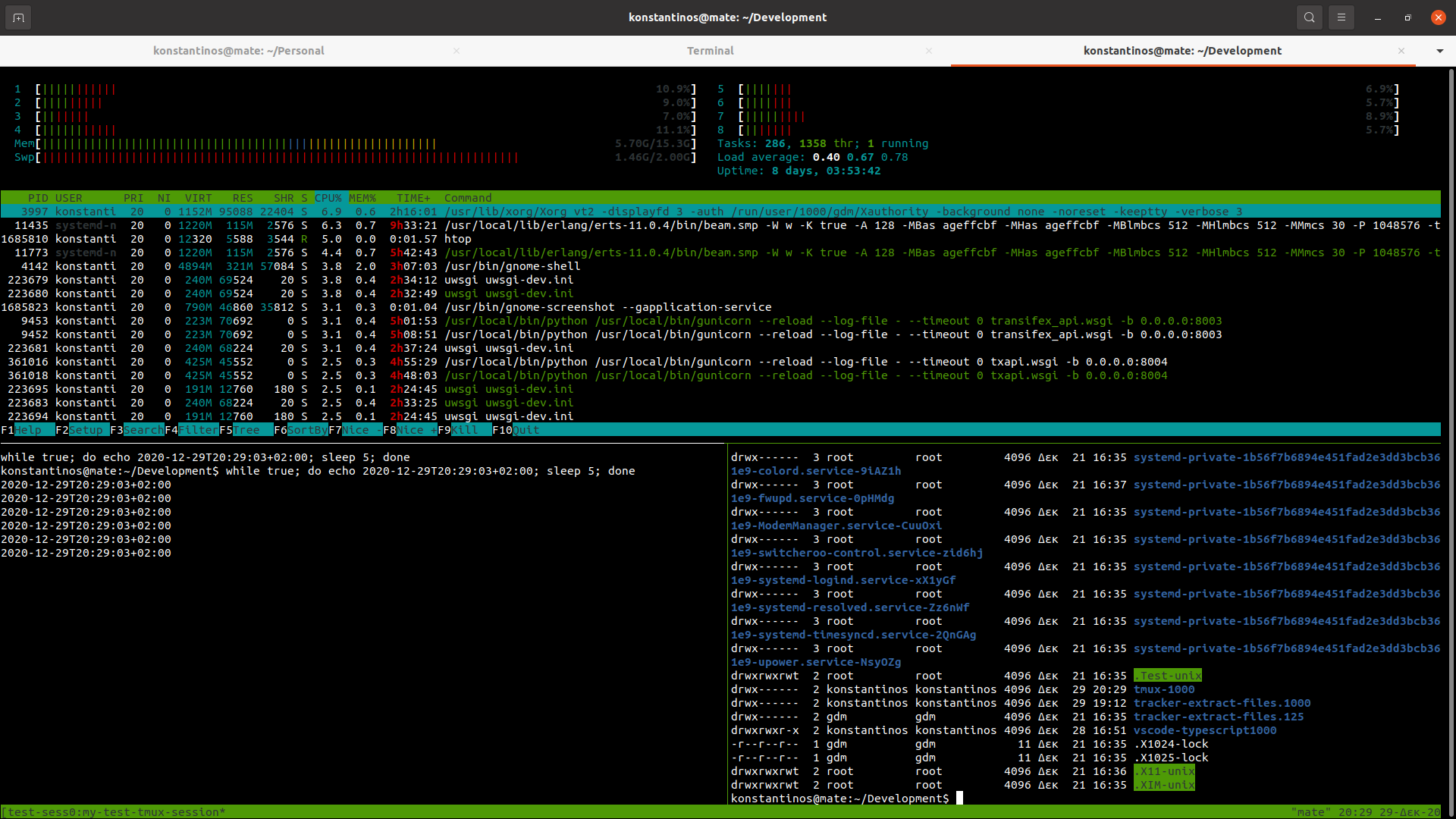 After creating all those panels we can navigate with tmux’s ctrl-b + arrow-keys or what is your navigation configuration.

As next steps we could fine-tune the size of each panel. Right now every time a split occurrs it splits the target panel in half. It would be better though to be able to set the desired width or height at that time.

I hope you will find this useful, future me. If you think this approach is old or redundant please let me know.